I’m not taking days off! – My Cryotherapy Story 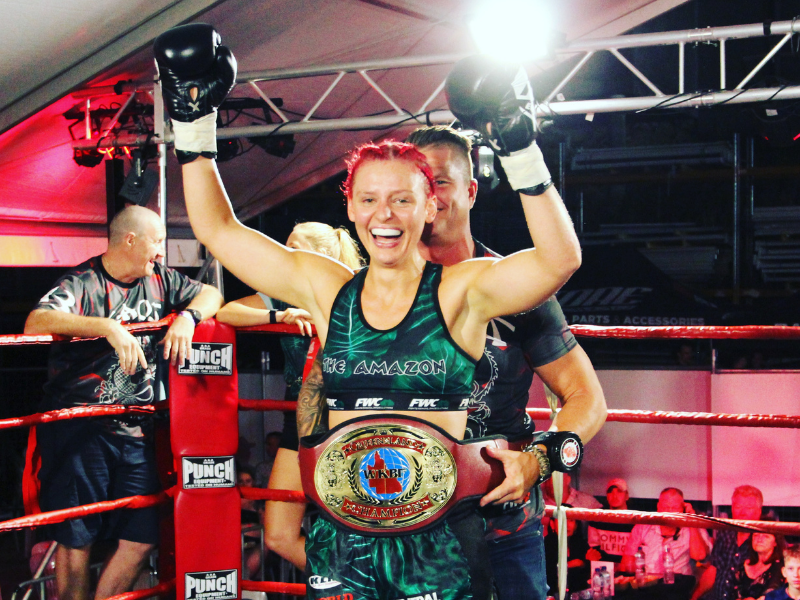 Oh, I was in pain! I really couldn’t keep going. I was training so hard for a Queensland Muay Thai Title at the same time as training for an ultra-marathon (ridiculous I know). My muscles were tight and sore and my hips were giving me hell. There was no way I was going to miss this fight OR give up the marathon, because that would be quitting and I wasn’t willing to do that. I needed to be super strong, super fit and ready to go. Some people (who will remain nameless to protect the guilty) even suggested I ease up on the training, but that wasn’t going to happen. So, the weekly cryotherapy and compression boots sessions began.

I actually could not get through the week without those sessions. We even got a team to meet us at the beach with the compression boots after one run, because we knew we’d be so sore!

Fast forward to fight weekend, and I meet my now good friend Junior, who had a cryotherapy operation running close to where I was fighting, and he told me to come in for a session. So, I win the QLD Title and go for a session.

The cryotherapy machine he had was completely different, and he tells me its going to be a lot colder! Sure it will, I’m thinking, you don’t know how often I do this.

I hobbled over to the change rooms and groaned as I had to stretch to remove my shoes and put on booties. Oh, this is going to feel good! I put on my robe and mittens and stiffly walked to the tank, excited and ready for my easy-peasy freeze.

Well. I thought I was getting cold therapy before. This was another level.

Junior puts me on the top level and starts pumping the liquid nitrogen into the tank which would lower the temperature. I needed to rotate my body every 30 seconds or so over three minutes. Junior said, “It is going to get uncomfortable in the last 30 seconds” as he made the final temperature drop. 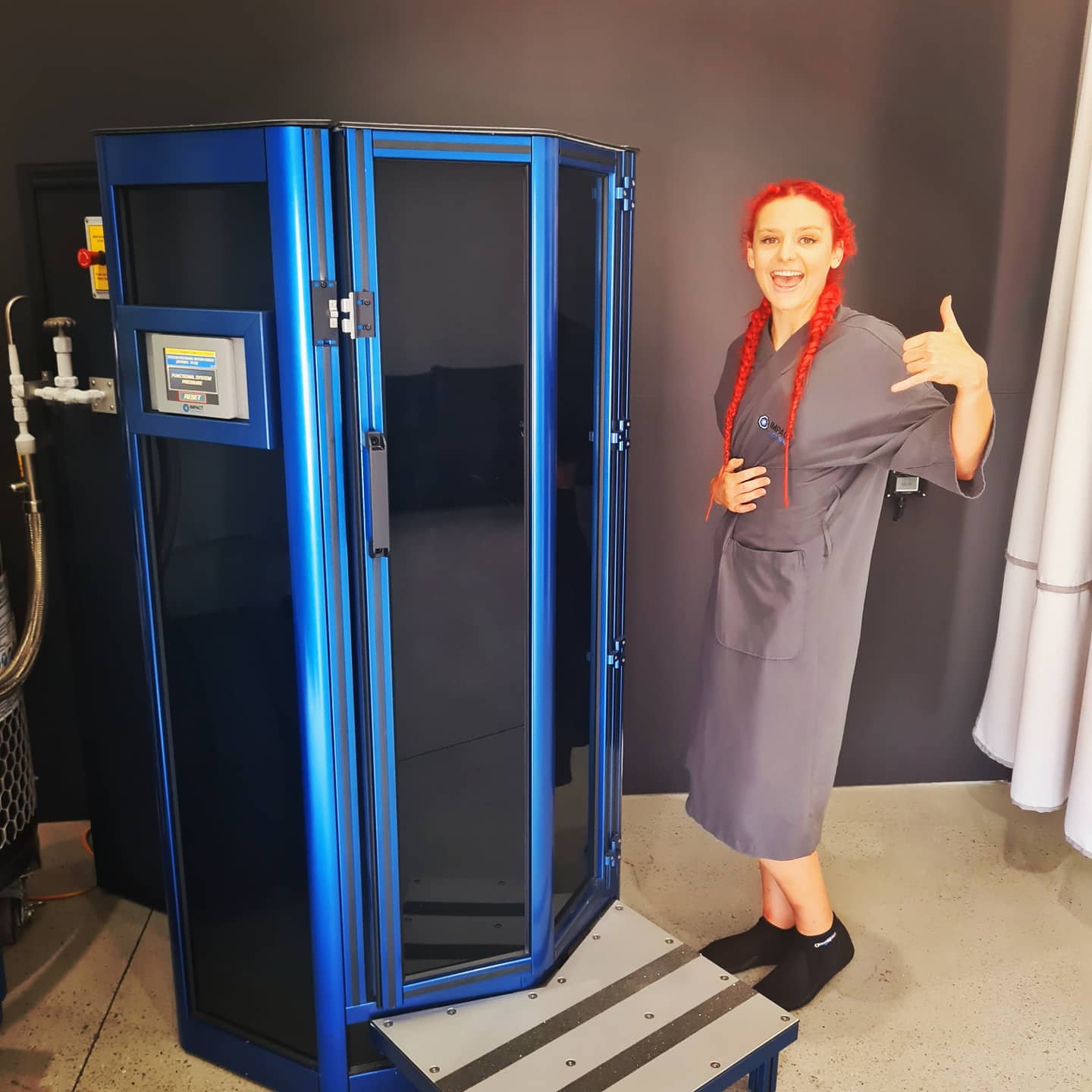 Cryotherapy is cold. I mean, its really cold. I am not a big fan of the cold. I moved to Queensland to get away from the cold! The cold is not like a cold wet day. It is a dry cold that is like walking into a cold chiller in a bottleshop. But a lot colder. And with fewer clothes on. And with less beer at the end! This cold was a bit of a shock at first, but I just focused on my breathing. It was only three minutes right?

I managed the first two and a half minutes with a bit of discomfort. The last minute was uncomfortable. I was swearing a lot and breathing hard. I’m not lying to you, I was keen to get out!

After though. I felt incredible. OK so THIS is what cryo is supposed to do. This is amazing. I had been going to cryo for over a year but my body never felt THIS good. So I kept coming back.

A month later, the next fight prep starts. I rupture a ligament in my ankle hiking in the jungle, and now I’m in chronic pain and can’t run. I have an Australian Title fight in 10 weeks. Those 10 weeks saw me drive an hour each way, 2 or 3 times a week, every single week, for my cryotherapy and compression boots session. It kept me out of pain, it meant I could keep up the hours of training each day. They told me 6-8 weeks of rest, instead I did 10 weeks of fight camp and fought all 5 rounds of that fight with an ankle you never would have known was injured.

Without Cryotherapy, I would have had to have taken a break from training. My body was so sore from heavy training I couldn’t have kept going the way I was. Cryotherapy took away the inflammation and pain. I was flexible and ready to train full bore again. I was sleeping better and had more energy. It is now a key part of my competitive edge, and lets me train beyond my natural endurance. 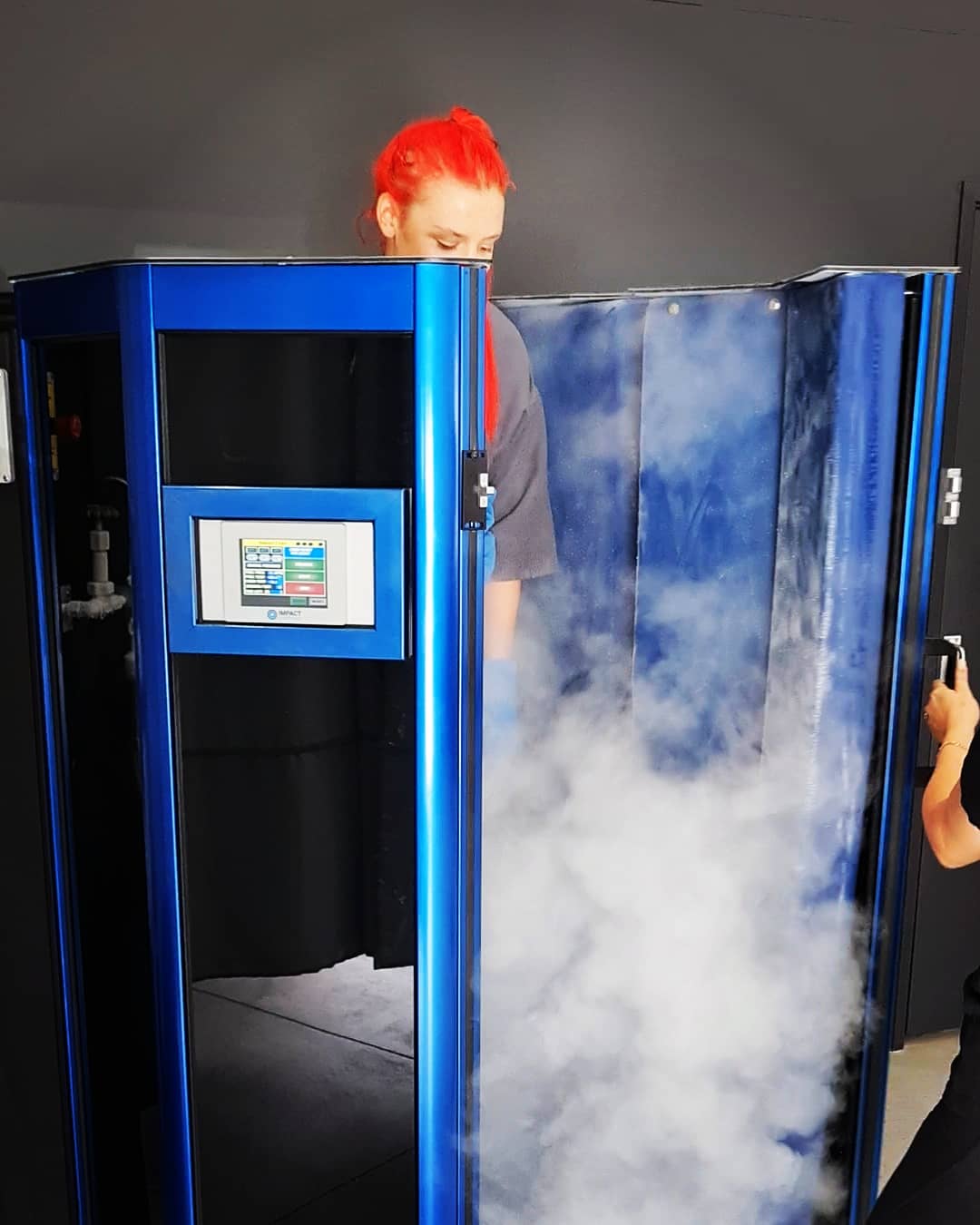 If like me, you are committed to become the best athlete you can be, you are always looking out for things that might give you an edge, let you train a little longer, reduce the pain, help you recover faster. I think I’ve tried most things – but I am always happy to learn more!

Cryotherapy is simply a process of standing in a chamber that has been filled with liquid nitrogen gas to lower the air temperature to between -100 and -140 degrees Celsius. It is quick (three minutes) and there is no need for drying off or having a shower afterwards. A Cryotherapy session is just three minutes long but still reduces your muscle temperature by up to 12 degrees Celsius, which is where the magic happens.

Cryotherapy is anti-inflammatory, anti-analgesic, anti-oxidant and can be used before exercise for increased endurance, or afterwards for an accelerated recovery time.

My Dad is a scientist and so he made me look up the scientific literature (sounds of me grumbling). There are well documented benefits of regular cryotherapy sessions that include:

The oldest record we have of human beings accessing the health benefits of extremely cold temperatures is from Egypt. The Egyptians used cold to treat injuries and inflammation as early as 2500BCE. In fact, the term Cryotherapy comes from the Greek ‘cryo’ meaning cold and ‘therapeia’ meaning cure. But it wasn’t until the 1970’s that Dr. Yamauchi of Japan discovered the benefits his patients suffering rheumatoid arthritis experienced after of short amounts of time exposed to extreme cold. It was this discovery that led to further explorations in Europe, resulting in the development of cryogenic chambers.

While whole body Cryotherapy can now be found in nearly one hundred hospitals in Europe for use in managing chronic inflammatory conditions, it is only recently that the athletic community has begun focusing on Cryotherapy’s benefits in supporting high performance. 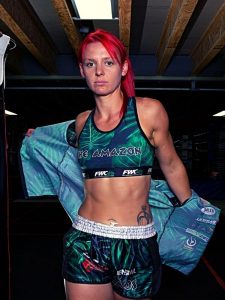 Before or after exercise? How often?

The literature doesn’t give a firm recommendation of how often you need to repeat the sessions, but my experience is one to three sessions per week depending on how hard I am training. You will need to work out what works best for you. Remember that each session is only a maximum of three minutes long, so the commitment is to yourself rather than to a heap of time.

There are benefits to using Cryotherapy both before and after physical exertion. Using Cryotherapy before a sports performance or athletic training increases core power and energy levels and your natural resistance to strain, as well as decreasing fatigue. Equally valuable is if you are accessing the benefits of Cryotherapy after a sports performance or athletic training: these results include an ease of muscle tension and acceleration in healing bruised, swollen or stretched muscles, plus a decrease in the effect of delayed onset muscle soreness (DOMS).

I’m a convert to Cryotherapy. So much so that I set up a company to give more people in my local area access to this amazing recovery treatment. I would encourage you to give it a try if you are an athlete wanting to train as hard as you can. But it has also helped some of my friends who have trouble sleeping, and others who just experience the pain of muscle or joint inflammation. There is also evidence that it helps with some skin diseases like psoriasis (the redness is inflammation which is reduce with cold treatment).

Cryotherapy is the quick, safe, and natural alternative therapy that delivers ongoing results in reduction of recovery time. Cryotherapy is for you if you want less time resting and more time training, increased endurance and less pain.